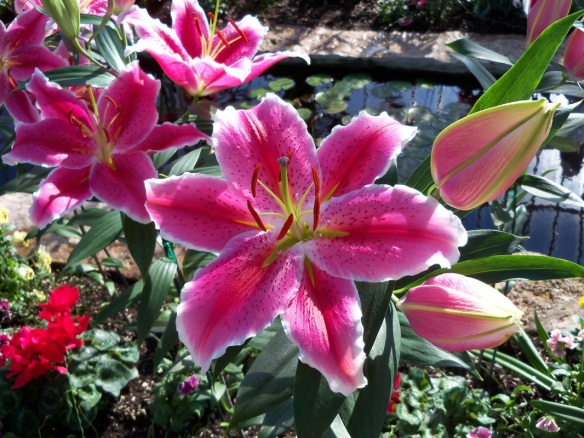 Easter Sunday has always been a special day for me. It was on Easter Sunday in 1974 that I asked Jesus to be my Savior and Lord. I had no idea just how significant that decision would be as a four-year-old boy, but that day
would forever change my life. It was on Easter Sunday that God’s grace reached out to me and saved me from what could have been. It was on Easter Sunday that God’s grace reached out and saved me from what I am.I had no idea as a four-year-old that God would eventually call me into ministry. There are days when I wonder if God knew what He was doing calling me. But that’s the thing about God. He works in surprising ways to ultimately accomplish His glory.Easter Sunday, 1974 is the most significant day of my life. But, it’s not the most important Easter. That happened on the first Easter Sunday. It was on that day that Christ changed the course of human history. It was on Easter
Sunday that He paved the way for mankind to be reconciled to God. It was on that day that ultimate victory was won. We’re about 2,000 years removed from the first Easter. It seems like the further we get away from the date, the less impact it has on us. Today in America, the vast majority of people are more excited about the release of the newest iPad, the Hunger Games movie premier, the signing of Peyton Manning, a presidential election year, and a host of other things than we are about the life-changing truth that Jesus is alive.I was traveling across the country last week, visiting colleges with my son, Chris and then on a speaking trip to New York with my sister. So, I’m catching up this week. I’ve been catching up on 400+ e-mails. I’ve been catching up on some Bible reading that I got behind on. I’ve been catching up on tax work. And, I’ve been catching up on my preaching schedule. Easter is 2 1/2 weeks away. As I prepared today, I watched a number of videos from the Skit Guys’ website (If you have never been to their website, check it out at here.) So many of their videos spoke to me today, but two of them, in particular, hit me to the core. If you have some time between now and Easter, watch these videos and celebrate the fact that Jesus is alive and He is pursuing you! That’s worth getting excited about!