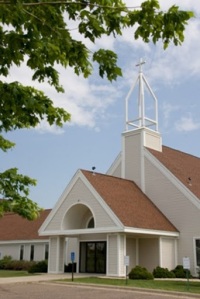 Woodbury Community Church will have a Maundy Thursday service at 7:00 PM tomorrow night. It’s going to be a special night of reflecting upon what Christ did for us on this night some 2000 years ago. We will have an extended time of worship, a short message entitled, To Be His Disciple, based on Jesus’ prayer in the Garden of Gethsemane, and communion.

Psalm 90 – It amazes me how many men of God in the Bible were writers. Moses is best known as the champion that God used to deliver Israel from years of slavery in Egypt, but he is also the author of the first five books of the Bible, and this psalm. This Psalm would have been sung on multiple occasions by the children of Israel. It was a well known song, dealing with the mortality of man. Our years are few, and Moses wants us to be people who use our days well. It will take wisdom to walk in ways that delight the Lord. And wisdom is gained from Him.

Exodus 35:30-36:38 – I love this chapter! We met Bezalel and Oholiab a few chapters back. These were men who were set apart by the Holy Spirit to build God’s tabernacle. They were gifted in craftsmanship. These chapters record the actual building of the tabernacle. The people are so joyful in the building of God’s house, and are so generous in their giving, that in 36:6-7 we read, 6 So Moses gave command, and word was proclaimed throughout the camp, “Let no man or woman do anything more for the contribution for the sanctuary.” So the people were restrained from bringing, 7 for the material they had was sufficient to do all the work, and more.

Can you believe it! Our church is involved in a comprehensive campaign to do much needed repairs and updates on our building. It’s been so cool to see our people respond with generous giving of the resources and time! We’ll be finished with our projects in mid-May. Each step of the process brings more excitement. I can imagine how exciting the building of the tabernacle was for the people of Israel. They were involved in not just giving, but in the actual craftsmanship, just like our people have been. It’s such an exciting thing.

Have you ever been part of a group where you have witnessed such generous giving? What was the experience like for you? If not, what do you think the experience might feel like?

Esther 3 – A wicked person with power is a terrible thing. Such was the case with Haman. This evil man sought to destroy the Jewish people. He is one more in a long line of people who have sought the destruction of God’s chosen people. It’s interesting that Mordecai chose not to bow down to Haman. There was no Jewish law expressly forbidding people honoring leaders this way, but Mordecai saw something in Haman that disgusted him. Mordecai was a good judge of character. Often times, those who are not honorable are given high positions. But, God exalts the humble in due time. That will happen in this story.

1 Corinthians 8 – Paul now turns his attention to teaching the church at Corinth about the importance of love. Love is more important than knowledge. There were many in the church at Corinth who had come out of pagan religion where idols were worshipped. Some had not. Those who had not, saw no harm in eating the leftover food that had been offered to idols. Because, after all, idols had no true power. They were not really gods. Those who felt this way, felt like they had superior knowledge and that the other Christians would just have to deal with it. Paul wanted those Christians to make sure that in their knowledge they didn’t cause a weaker brother or sister to sin. Paul reasoned that he could eat food offered to idols without sinning, but not without hurting another brother or sister in Christ. So, he gave up his liberty to eat in order that others not be harmed.

I love what he wrote in verse three: 3 But if anyone loves God, he is known by God.

Tonight is the Wednesday of Holy Week. I have been thinking today about my own level of love for God. On that Wednesday night, so many years ago, Jesus must have reflected upon what He was about to do for us. He was a few hours away from going to the cross. I’m struck with the fact that I don’t love God as much as I should. I’m reminded of Therese of Avila’s quote from the 1500’s:

May we want to love God, and beyond that, love Him as Paul talks about in verse three!